Greatcell is establishing our pilot plant in Boman, NSW as part of our existing Boman facility which was opened earlier this year. With the first batch of specialised equipment having already arrived, modifications have been made in preparation for their arrival. The Boman site forms part of a special purpose business park that has been developed for early stage manufacturing and is linked to Charles Stuart University. The arrival of this equipment will accelerate Greatcell’s first stage development of high volume and low cost production of perovskite based solar cells. 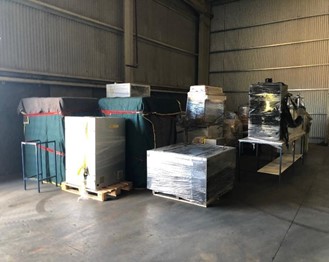 Greatcell Australia has opened our pilot plant facility in Bomen, NSW. From this facility we are able to manufacture made to order products and can evolve our manufacturing towards high volume and low cost production of PSCs for the international market. 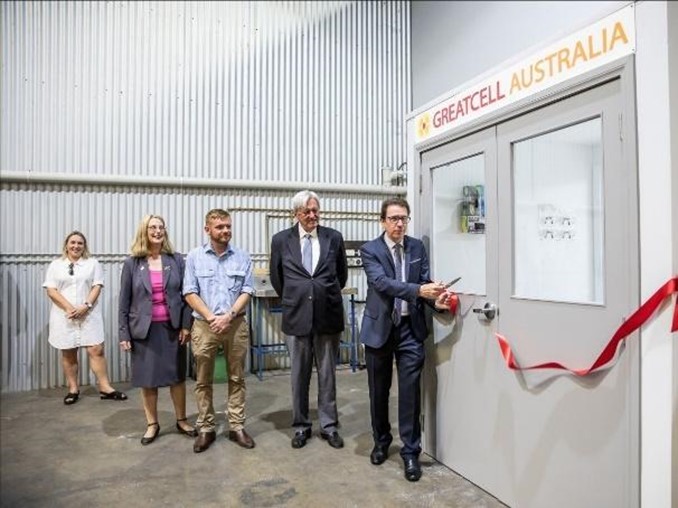 Tindo Solar is the only solar module manufacturer in Australia with the plant Greatcell acquired having been in continuous operation until recently. This plant has been producing silicon modules profitably for the Australian and S.E Asian retail market places.

Greatcell is planning for the acquired plant to be installed in warehouse space adjacent to our Bomen facility. Pending necessary alterations to our existing facility to accomodate the new equipment, the plant has been placed in storage under instruction by engineers contracted by Greatcell.

The module manufacturing plant provides an invaluable opportunity to advance our manufacturing plans. The plant will be used to advance our R&D and as a prototyping facility for Greatcell Australia to test and trial the assembly and encapsulation of our single layer and tandem perovskite solar cells in an industrial environment. Greatcell Energy expects to continue collaboration with Tindo Solar through the recommissioning phase of the plant and onto the potential development of tandem solar modules.

The team has developed flexible perovskite modules with an active area of 47.2 cm2 and 21% efficiency. The cells have been developed specifically for low and variable lighting environments such as indoors under artificial and natural lighting. These lighting conditions are ideal for IoT applications and any other indoor or low light utilisations. 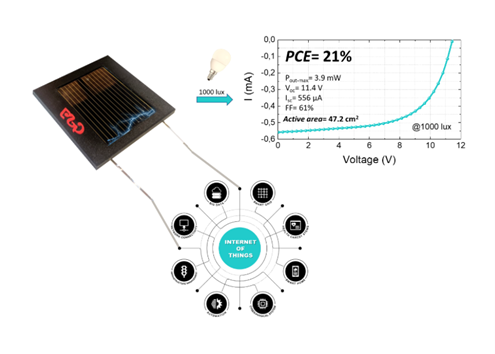 Greatcell has joined the Australian Space Manufacturing Network which is a wide network of companies and research organisations seeking to expand Australia’s space endeavours. The organisation is lead by Gilmour Space Technologies who are a leading Australian rocket company that is developing and launching low cost hybrid launch vehicles for small satellites.

The network has a multi-year programme to achieve its goals that include producing a range of satellites and rocketry. We will be sharing this adventure in space with some of the top research organisations in the world, such as NASA – National Aeronautics and Space Administration and National Renewable Energy Laboratory.

Greatcell has proposed a fully flexible PSC solution that will minimise added weight and optimise specific power. Developers of PSC products globally recognise that while GaAs/InP photovoltaics have adequate space radiation hardness, they are far too expensive for small commercial satellites and possibly even for landing vehicles. So far, early international tests in simulated space conditions have been positive and we are enthusiastically awaiting the commandment of the real space trials. 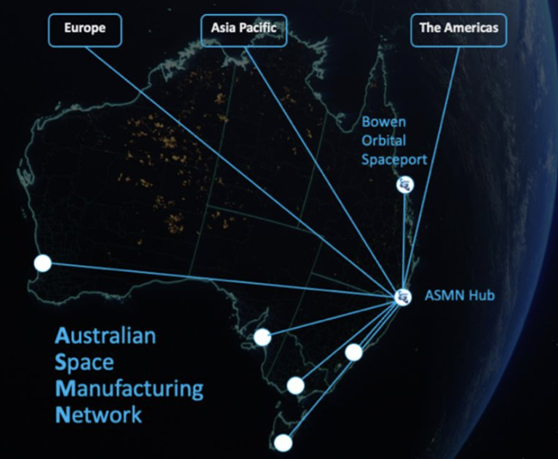 Greatcell has been nominated for the Core Innovation Hot 30 Awards. CORE Innovation Hub’s Hot 30 is a curated list of technologists and entrepreneurs driving innovation across Australia’s most important industries: mining, energy, resources, oil & gas, space and defence. Comprised of small and medium enterprises, CORE Innovations Hot 30 are Australian start-ups who have successfully scaled their ideas into businesses, solving real-world problems with innovative means.

The award is sponsored by both the state governments of both Western Australia and South Australia as well as METS Ignited who are part of the Australian Government’s Industry Growth Centres Initiative lead by the Department of Industry, Science, Energy and Resources.

Our Managing Director Tom Fontaine will be travelling to Adelaide for the awards ceremony on the 3rd of March to represent Greatcell amongst the list of other groundbreaking technologists and entrepreneurs nominated.