Their multinational business is made up of a team of the best scientific minds, who have more than 150 years of collective experience working in the global mining, engineering, sustainability and renewable sectors.

Committed to using their technology to ensure the continuous betterment of the global environment to support future generations.

Synergen Met is an Australian Clean-Tech equipment and service provider.

Synergen Met’s clean hydrogen production is commercially competitive globally and can be implemented to begin the hydrogen revolution and accelerate global decarbonisation. 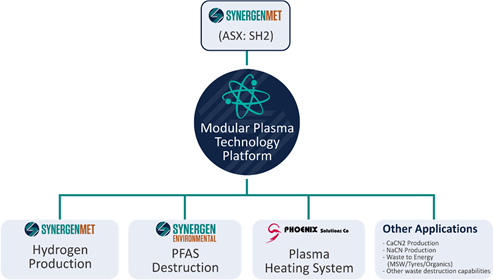 IPO Use of Funds